A Team of seasoned Professionals

E2 has fused an ecosystem of electric mobility manufacturers, renewable energy, finance and capital solutions to accelerate safe and efficient onsite power generation, charging and storage. Our global team enriches the EnergyTwo ecosystem with over 1,700 years of experience.

David’s career spans more than a decade in senior management roles in the solar industry including Sun Tech’s run up to IPO, Canadian Solar and Walgreens. Dave has a knack for expanding projects to national and global scale connecting his vast and vetted network of partners with residential and commercial clean energy demands.

At EnergyTwo Dave leads many facets of the growing e-infrastructure company, from strategy and vision to tactical sales, product and strategic alliances. He started E2 to help small and medium size businesses, often operating on thin margins due to high utility costs, reap the energy resilience, efficiency and savings of clean power.

Dave received his BA in International Relations from UC Davis and holds a general contractor license. 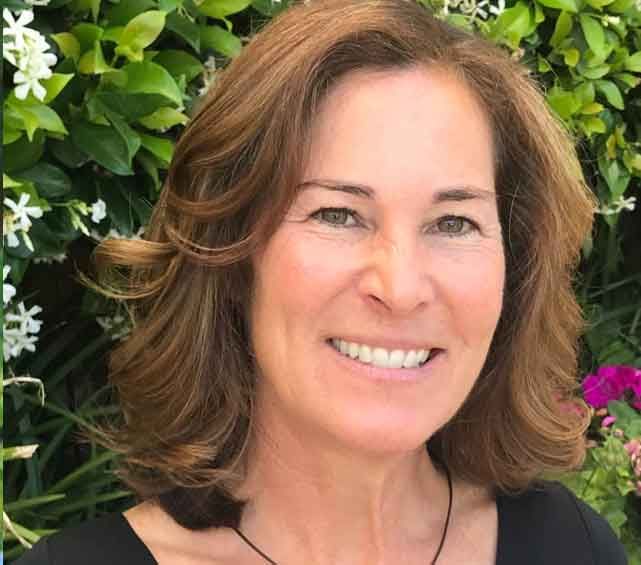 At EnergyTwo she’s a founding member responsible for product development, market expansion and strategic alliances that round out clean energy solutions in markets such as agriculture, wineries and snow resorts.

Why join E2 and the clean energy revolution?

I want to make the planet more habitable for all species and leave a legacy my kids will benefit from and be proud of. 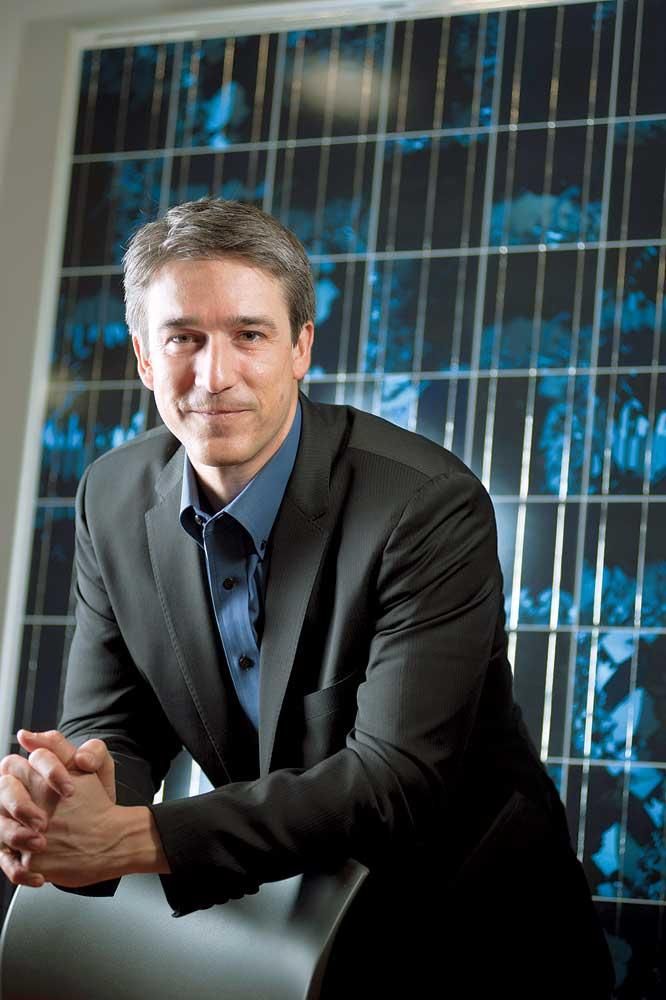 Mr. Lefebvre founded MySOL Energy in 2013 to finance residential and small-commercial solar projects in Latin America with an innovative leasing model.  Mr. Lefebvre is also an associate (mentor) at Creative Destruction Labs (CDL), mentoring early stage climate solutions companies, a board director at Powerhive Inc, a mini-grid solar company based in Kenya, and previous board advisor to Mosaic, a solar loan company based in Oakland, California, who have provided over US$5B in residential solar loans.

Before starting MySOL Energy, Mr. Lefebvre served as President of Suntech Power Holdings, the world’s largest solar PV manufacturer based in Wuxi, China.  He was responsible for a US$1B operation and developing utility scale PV projects globally outside China and Japan.

Prior to Suntech, he served as EVP of Sales & Business Development at Tesla Energy (previously SolarCity) where he grew the company’s sales from $4M to $650M annually from 40 to over 4,500 employees.  Mr. Lefebvre was responsible for SolarCity’s sales growth and strategic partnerships like Home Depot, Tesla, Best Buy, Top 25 homebuilders, various utilities and retail electricity providers.  SolarCity went public in 2012 and was acquired by Tesla for US$2.6B.

Mr. Lefebvre began his career in aerospace electronics before transitioning to the semiconductor industry for 12 years at Mattson Technology and Lam Research Corp.

Mr. Lefebvre has a BSEE from Clarkson University, a MSEE from Syracuse University and an MBA from UBC in Vancouver, Canada and ESADE in Barcelona, Spain. 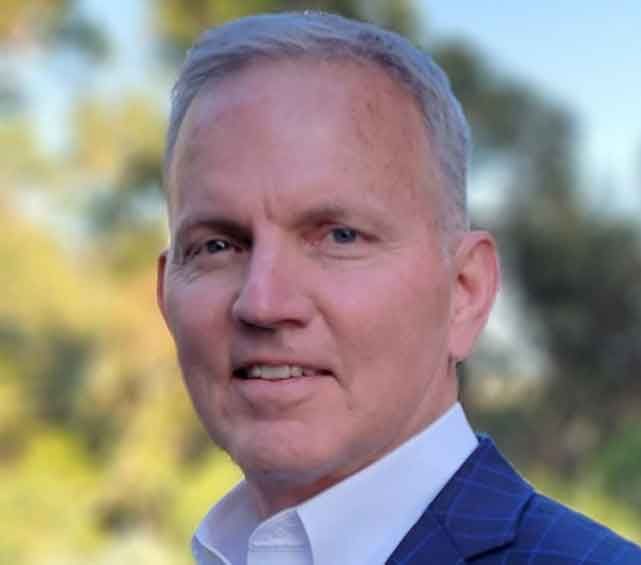 Chuck is a founding member of EnergyTwo responsible for overseeing the legal affairs of the Company, its subsidiaries and affiliated entities.

Why join E2 and the clean energy revolution? I want to do my part to be a good steward of the world’s resources and have a positive impact on future generations by leaving the world a better place. 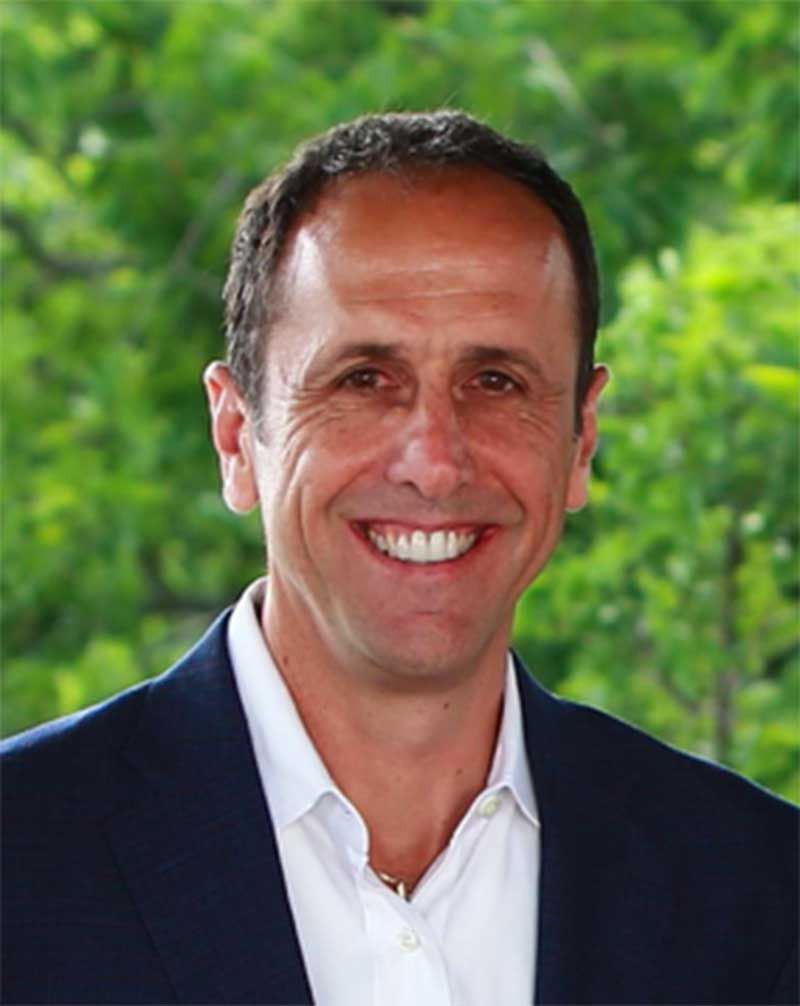 At E2 he leads the team on venture architecture design, raising investment and development capital and design execution of portfolio outcomes. He aims to ensure scale value creation of sustainable, clean energy economies across all local communities.

Why join E2 and the clean energy revolution? Climate change is the number one challenge facing humanity and the number one profitable opportunity facing investors and entrepreneurs…To the victors who will help humanity make this successful transformation will go the long-tail spoils! 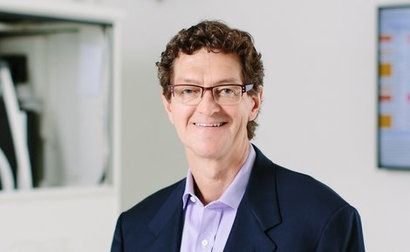 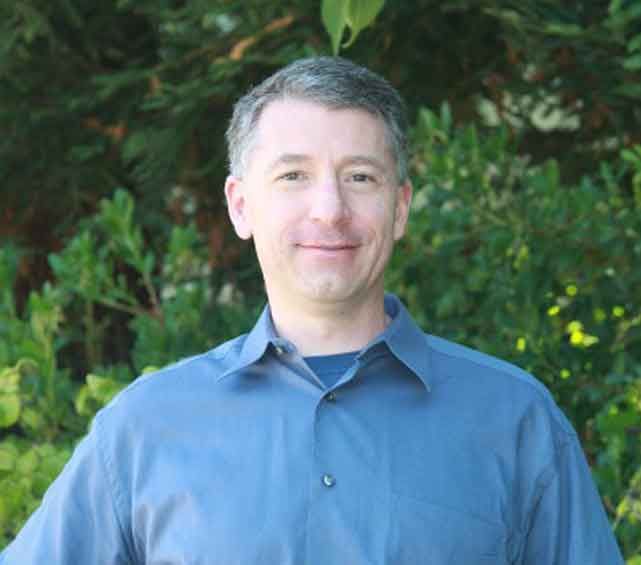 Dr. Brennan Gantner is a reformed rocket scientist that moved over to cleantech after his wife told him to get a ‘real job’.  He’s worked for NASA, Lockheed Martin and traveled the world helping launch astronomy and physic experiments into space.

When his first child was born he decided that he wasn’t going to leave the planet a complete dump and has dove headfirst into the helping to solve the big chunks of the world economy that are driving climate change.

To this end, he has spent the last decade working on the energy sector, specifically renewable generation and electricity storage. His goal to the shock the world by how fast we transition from a carbon fuel system to a renewable electrical grid in just a decade or two. 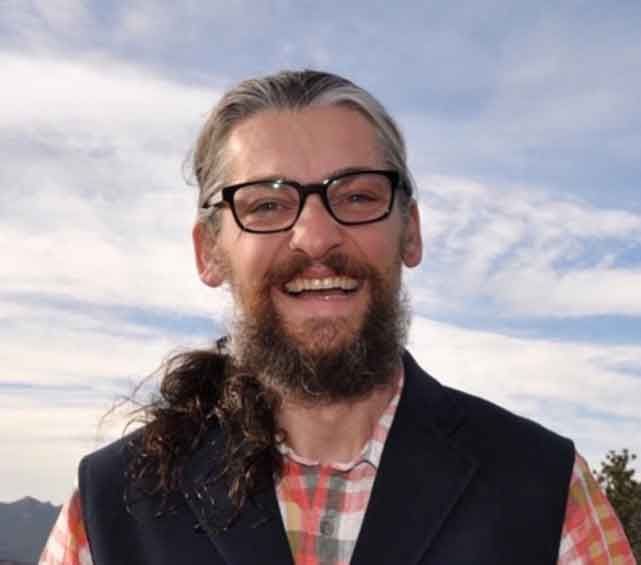 Dr. Ben Brown is an expert in theoretical astrophysics; he has worked and taught throughout academia at places like University of Wisconsin Madison, University of California Santa Barbara, and University of Colorado Boulder.

Teaching students about climate change in those classes made him realize that this is the most important problem in the world. Once he got his head out of the stars (literally!), he realized that his expertise in fluid dynamics and chemistry could help solve key parts of energy storage systems, and that working on these problems might leave a better planet for his kids too.

His goals are to decarbonize the grid and help rural communities become more resilient. We’ve got a decade to do it in: now is the time to act.

At E2 Neal is responsible for leading a team that supports the global supply chain for residential and commercial clean energy production, storage and charging installations. He will also head up the company’s giga factory efforts to develop, manufacture and license leading clean energy products.

Neal earned his MBA from the University of Pennsylvania, The Wharton School, in addition to a BS in Chemical Engineering from Stanford University.

Neal values harnessing the natural power of sun, water and wind as evidenced by his mastery of sailing. 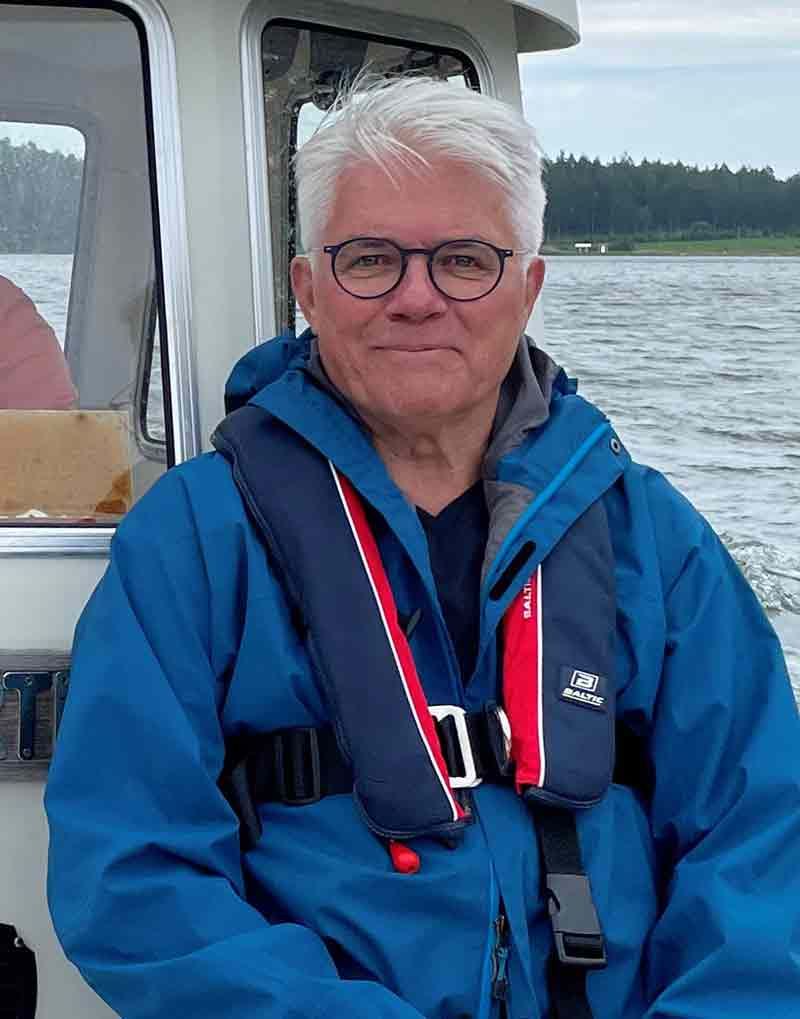 When Jonas first met Waves4Power back in 2010 he was caught by the concept of generating green electricity from ocean waves. So, when he got the question to take over the position as president/CEO in January 2019 and take the company into full commercialization, the answer was a clear YES!

After graduating with a degree in Business Administration from Gothenburg School of Business, Economics and Law he started his career in sales, marketing, business administration and advertising. Jonas spent over 20 years in the advertising business working for several advertising agencies. In 2010 Jonas left Grey Advertising in Gothenburg to join a leading marine contracting group as Marketing Director. This is where Jonas set his first eyes on the WaveEL system and met the founders and management of Waves4Power.

Jonas is an outdoor enthusiast and loves down-hill skiing as well as hiking. “Care for the outdoors and the environment are strong motivations for me in my work as CEO at Waves4Power. I like to contribute to keeping our planet clean and green for generations to come”. 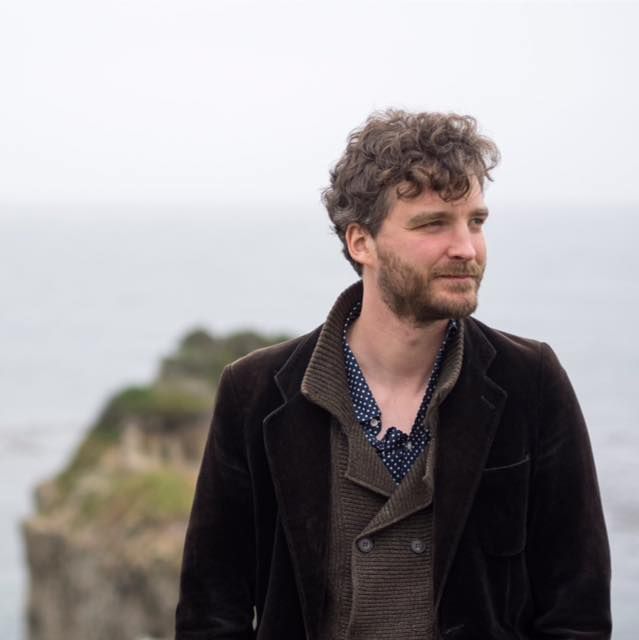 Jouko has spent the last decade and a half as a web developer, graphic designer, marketing consultant and photographer in San Francisco.

At EnergyTwo, he is a founding member responsible for front-end web development, graphic design and brand creation.

Jouko received a Bachelor’s degree in Biology from the University of Amsterdam.

As a wildlife photographer and outdoor enthusiast, Jouko is determined to do his part in moving the planet forward into a sustainable and habitable future. 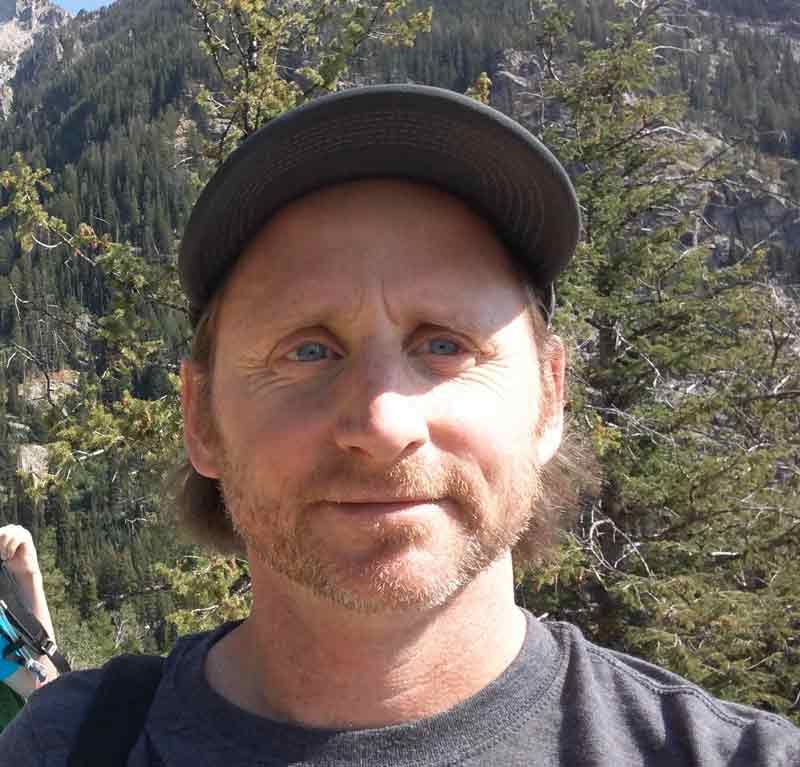 Doug got his start in the ’90s architecting databases and writing ecommerce applications.

He has been an independent consultant for 20 years, and CTO of Local Food Marketplace for 12 years.

His love of the outdoors and his two kids compel him to use his skillset to help E2 make a difference in our quickly warming climate before it’s too late. 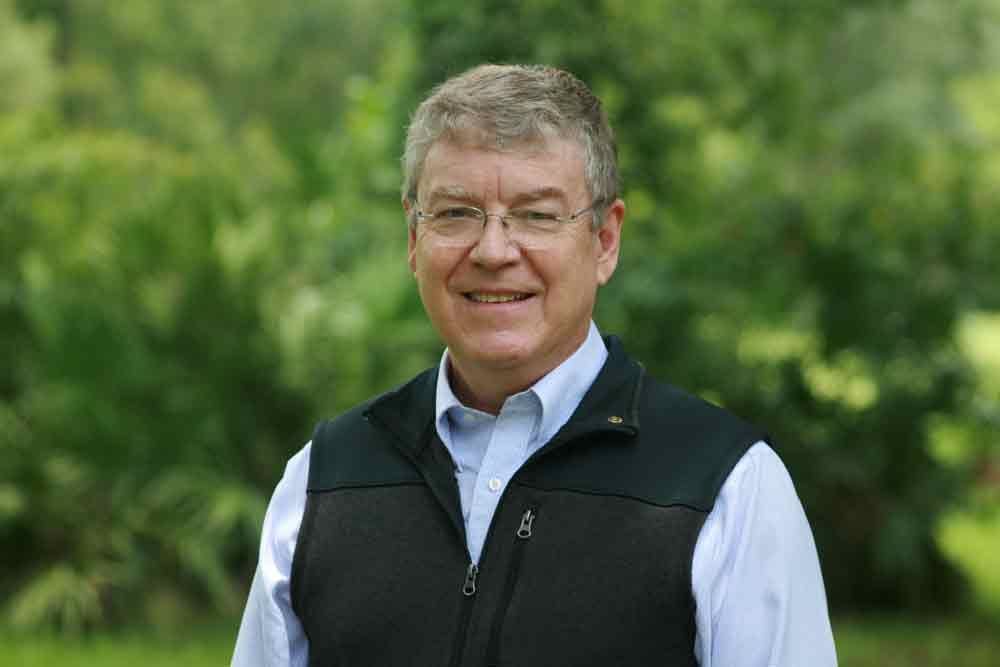 COFOUNDER & CHAIRMAN OF THE BOARD OF WAVES4POWER AB – E2 ADVISOR

For Göran the notion of generating electricity from ocean waves formed during his college years when he took part in his father’s test of the world’s first OWEC [Offshore Wave Energy Converter] in the ocean off the Swedish west coast.

After graduating with a master’s degree in Mechanical Engineering from Chalmers University of Technology in Sweden, he spent his early career in manufacturing management in Sweden and internationally. In 1993 he moved to USA for a position as president for a subsidiary of a leading Swedish medical device company.

About 15 years ago Göran took the leap from the corporate rat race to a full-time green career. His third wave power endeavor, Waves4Power – which he cofounded with some friends in 2012 – is now ready for primetime.

My vison with Waves4Power is a future where our children and grandchildren can live without fear of climate change and clean electricity is available for everyone. 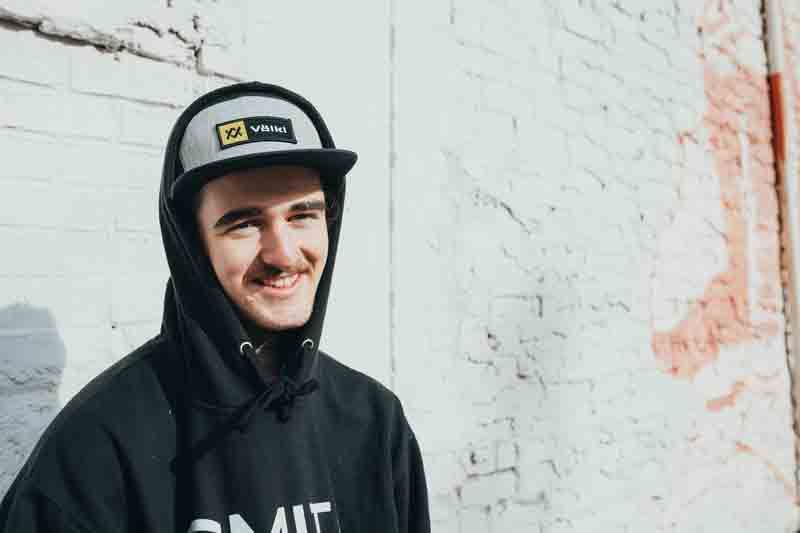 As a recent graduate from Montana State University, John received a bachelor’s degree for computer science and minored in business administration. His role as a customer success representative leaves him responsible for the internal portion of our customer life cycle and allows for their Solar + Storage systems to go from proposal to install.

As an avid skier John’s care for the outdoors and environment are his motivations to help better the planet, one PowerPad at a time. 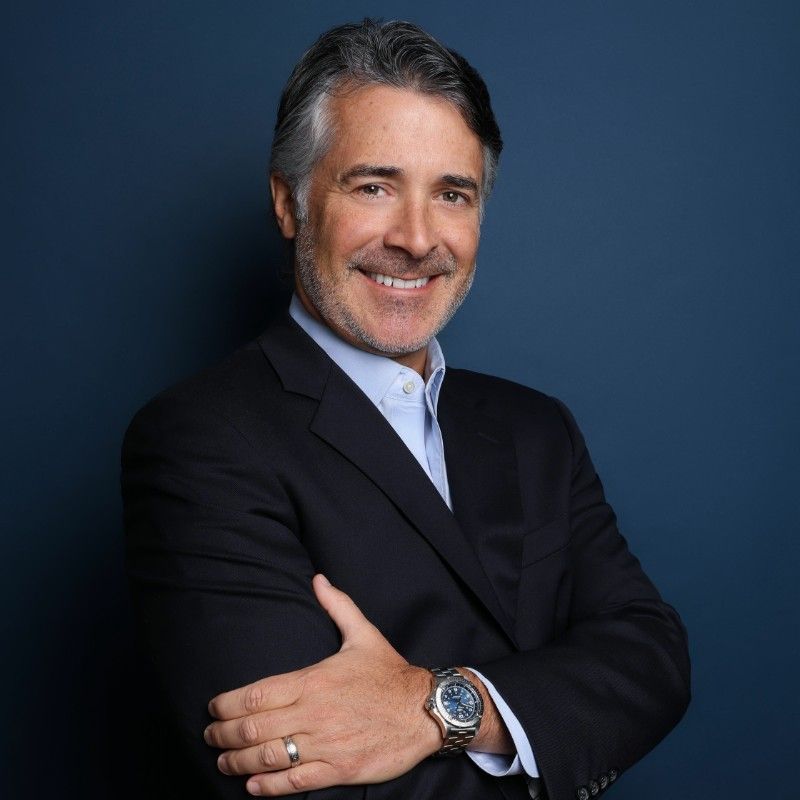 John’s acumen in finance, sales and project management in the sustainability sector provides steady stewardship at E2. With a career that spans senior positions at notable companies from Suntech to Goldman Sachs, John lends operational excellence and leadership to help navigate the ever changing climate of clean tech.

As managing director at Lafayette Square, John is our Section 8 multi-family residence partner on the East Coast. E2 will develop and fulfill solar + storage projects to Lafayette’s financed portfolio.

John is among the seasoned, globally and community-minded E2 Advisors who offer a strategic lens and a wealth of connections for securing, funding and deploying commercial, municipal and micro-grid scale renewable solutions.

John holds a BS in Science/Business from the University of Notre Dame. 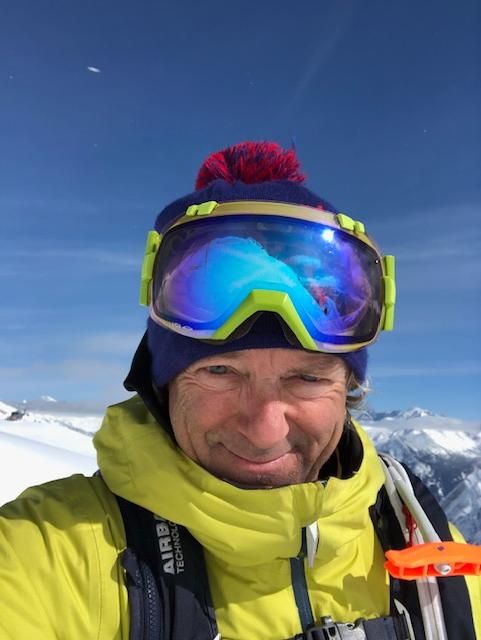 We have concentrated on pursuing lower carbon oil projects as California imports approximately 63% of its oil and so we try to provide opportunities with cleaner, safer, outside the marine environment oil to displace dirtier foreign imports and lower greenhouse gas omissions.

The EnergyTwo LLC team is ready to answer your questions about the E2 PowerPad, sustainable energy solutions for your business or community, and to discuss investment opportunities for communities and businesses just like yours. Get engaged in the energy evolution from fossil to forever fuels with EnergyTwo.